It never gets easier.  You just go faster.  – Greg LeMond

We are huge cycling fans in our household, and a highlight of our year is late August when Colorado hosts the USA Pro Cycling Challenge.  The best part of this race for us is attending the final stage of this 7-day race, which is hosted in Denver.  There is nothing quite like attending a professional cycling race.  There are few other sports that allow you to get so close to the athletes – close enough to hear their breathing and feel the mad rush of air as they zoom past just inches from where you are standing.  As an added bonus, the Denver stage is set up as a circuit whereby the professional racers complete several laps in and around the streets of the city, allowing fans to taste this rush of excitement 7 or 8 times during the course of the race.   As the cyclists wind their way through the streets, the spectators gather in anticipation of their arrival. The moment the lead cyclist is spotted on the horizon a ripple goes through crowds.  Thousands of fans start ringing cow bells and calling out the traditional cycling cheer, ‘Allez, Allez, Allez’ (French for ‘Go! Go! Go!’).  This burst of energy and noise reaches a crescendo as the riders pass by in a massive blur.  Within seconds it is over.  Witnessing this phenomenon one becomes acutely aware of why the peleton of professional cylists is often referred to as a freight train.  It is wild.  It is powerful.  It is exhilarating.  And it is addictive to be a part of.

An added bonus to this year’s race is that the overall winner was Tejay Van Garderen, a resident of Colorado, and a hometown hero.  Bravo! 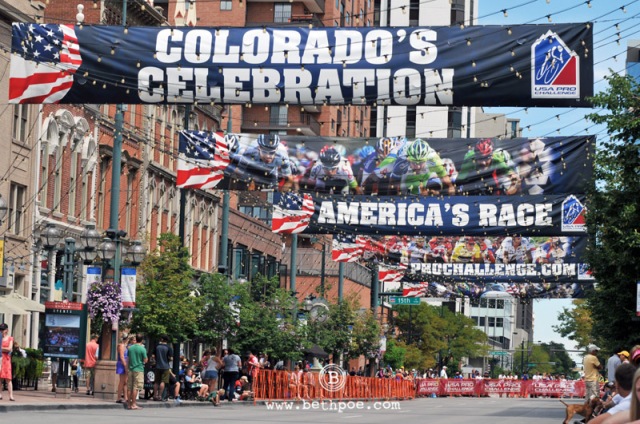 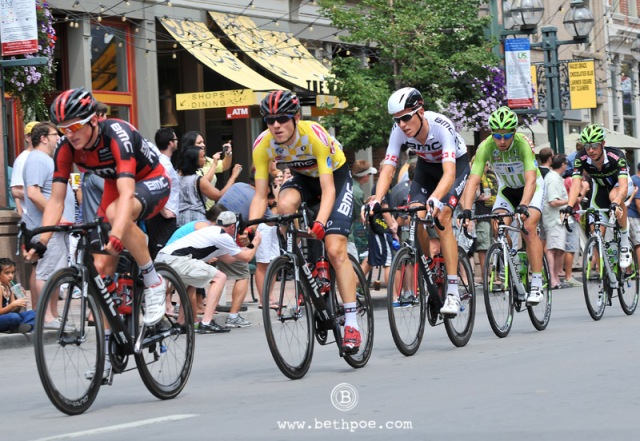 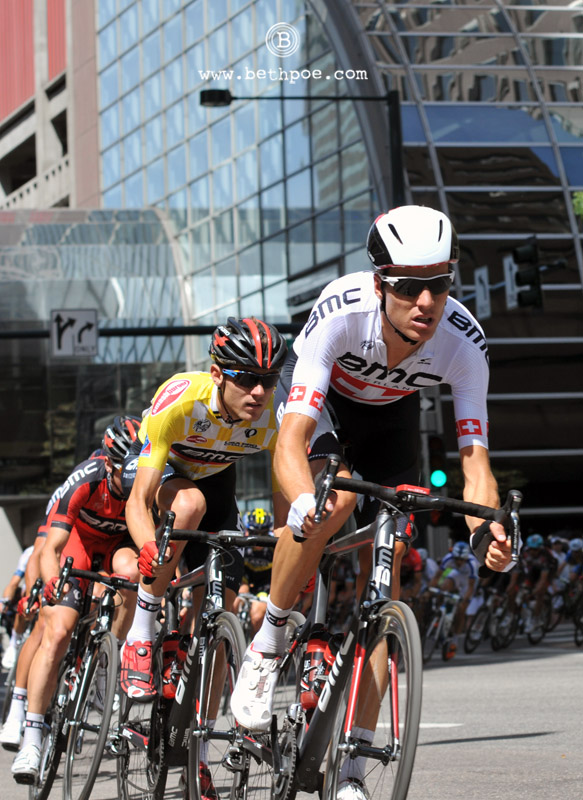 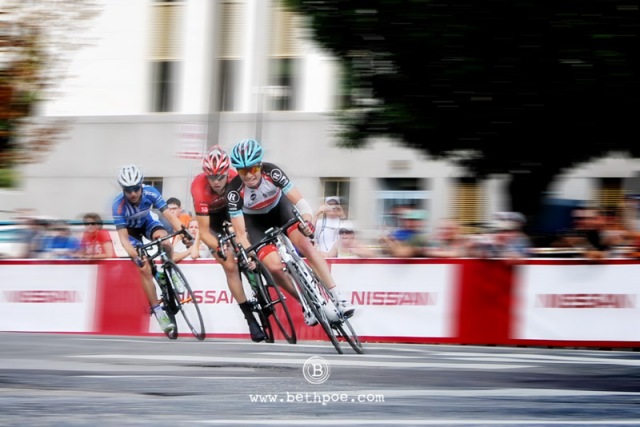 Thank you for your interest in my photos. I encourage you to share my blog with others by using the share buttons provided. However, I kindly request that you do not copy or distribute my photos and/or text in any other manner without my permission. If you have questions, comments or requests please contact me.